Horn Hangouts is just one of those projects.

Please go to the above site and scroll down to the Bobo picture. 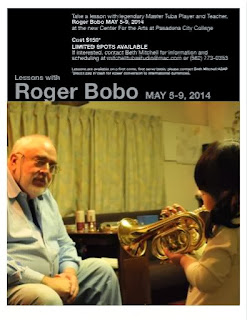 Where the Sun Never Shines

The following essay came up just today for the first time in a few years. I promised a new blog this month called "Feedback". Too serious, my mood has changed, I hope this will make everybody smile:

Perhaps this is a small step over the threshold into the direction low life humour but this one is too good to let slip by.

My apartment in Tokyo is a very fine one; it has two bedrooms, one that has been transformed to a studio with the presence of a Yamaha grand piano. There is a very nice kitchen and a spacious livingroom / diningroom area, a comfortable Japanese style bath and shower and two toilets. Every room is computerized and in the living room there are no less than 5 computerized panels on the wall, all in a row, that control lighting (with a rheostat for each of the rooms lights) heat and air-conditioning controls, two other controls, which I have finally discovered are for the hot water in the apartment, although I have no idea why there are two, and another circular remote control device, which is beautifully designed, which I finally learned regulated the preferred heating of the tile floors. And, of course, there are the two completely computerized toilets.

On the wall of the two toilets are remote control devices that look very much like a TV remote control device. There are no less than 16 buttons to press on these devices; it only took me a day to determine that the top button was to flush; it was absolutely necessary to learn that, since there was no other visible way to do it! It also gives the advantage that if you forget to flush you can reach in the door, remove the remote and push the flush button from the living room!
The other buttons were a mystery, that is until two days ago. There are two buttons which I can only guess are to choose where you want to be washed off after use; one button has a picture of a girl and a spout of water centered on her most feminine area and there’s is a picture of a unisex being with the spout directed at the rear of the figure. It was, of course, a bidet, that omni present bathroom fixture found in Europe that one can refer to with children as a “bottom washer offer”. I personally never used a bidet through the years I lived in Europe, but I was quite aware of its purpose.

Two days ago while using the famous porcelain throne and while placing my Japanese phrase book on the floor I accidentally pushed one of the 16 buttons, which I’m very sure was the bidet. After the initial shock I was amazed by the accuracy and the just warmer than body temperature of the spout, I even questioned if there was some kind of radar in the bidet. The water pressure was quite impressive and within 30 seconds I was absolutely sure that I was totally spotless. Now came the high drama; how do I turn the thing off? It just didn’t stop and that reservoir of warm water, wherever it was, was coming to an end and I was beginning to feel the reality that the temperature in Tokyo dipped below freezing for the last two days.

I really wanted that thing turned off and as fast as possible, I looked at the 16 buttons, all in Japanese, fearful that random button pushing might open a Pandora’s box of unwelcome hygienic experiences. Finally, I choose the bottom button on the right and mercifully it was the right one. It was a very long bidet, I’m sure over a minute, had it lasted any longer I’m sure I would have frozen that proverbial place where the sun never shines. But alas, all is well that ends well.