Once, a long time ago (maybe it was 1946) a new 1st trombone player joined an orchestra far away; he was by far the best brass player in the orchestra. The other players in the orchestra were what we call now "old school," and it clearly stayed "old school" for many years after the new 1st trombonist arrived; the horns were primitive, the trumpets were symphonically ignorant and the trombones and tuba were pretty much the same. They did the thing all untrained brass players do; they played late. The new trombone player was the only one who made an effort to be on time. Of course, in comparison with the other he was always early. As time passed and more experienced players began to join the orchestra slowly the brass section started to play on time, all except the 1st trombone player (who wasn't new anymore); he had been ahead of the section for so many years that when things finally got corrected it didn't seem right to him. His perception of what was correct was simply ahead of the rest of the section. Therefore he continued to play ahead all the way to the day he retired.

During these years of a new and younger 1st trombonist came into the orchestra. He was intelligent, a wonderful musician a student of the older 1st trombonist. He immediately realized that his teacher was always early and found himself becoming very frustrated. Sharing that common quality that all great brass players seem to have, stubbornness, the new trombonist soon developed the habit of always being behind his teacher because he knew if he was with him he would be early. 25 years after the older trombonist passed away, his replacement was still playing late and thinking he was right. He had been playing late to his teacher for so many years that not being behind felt wrong. Finally, when the new trombonist reached retirement the problem seemed to resolve. It took 50 years to correct the time perception problem in the section!

And in another place long ago and far away there was a remarkable young trombonist and composer, it was in the early 70s. He was so far ahead of the rest of us that he captured our imaginations, our vision and pointed out to us a new direction. He knew that he was in new territory and that he was opening minds; he liked his role in the as the enfant terrible. He liked blowing minds and creating new sounds. Today he is a brilliant, perhaps genius composer, and he is charismatic. His school, though, has become an old-fashioned school, and he's still fighting the same old fight. Now frustrated because he is the fight, he finds that most people think his music is ugly and vulgar. While he was stuck being the outrageous enfant terrible, the rest of the world passed him by and left him behind, yet his perception of himself in the musical world has not changed with the times.

Here's the artistic danger sequence: Motivation, Perception, Growth, Dogma, then Stagnation. It didn't happen to Stravinsky, he grew until he died. It hasn't happened to Boulez or . I'm afraid of it. If it happens to me, I will know it is time to stop.

When the pensioners sit on a bench and stare at the sea, what do they think about? 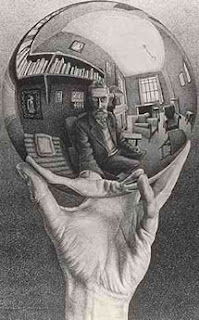