In Japan a fiscal year starts in April; that includes schools, which started April 1 this year. It takes a little getting used to, having spent my whole life counting down for semesters starting in September. Two days ago I attended the entrance ceremony, (in western schools it’s called a convocation) for the new students.

The ceremony was held in the beautiful Bach Saal, the concert hall on the expansive 111-acre Iruma campus of the Musashino Academy of Music, in Tokyo. The new students, around 500 of them, sat in the hall and the faculty filled the large stage. At the back of the stage was a huge magnificent organ, one of those organs with giant vertical pipes symmetrically displayed across the back wall of the stage and at the center of those pipes was an amazing array of horizontal pipes, shaped like brass instrument bells, facing into the hall only a few meters from where I was seated. Unbeknownst to this ceremony was begin with an organ prelude, a very dramatic organ prelude. After the first impact, when my posterior returned to my chair, I happily basked in an amazing and overwhelming emersion of sound. It wasn’t the first such experience for me; it brought back very special memories.

When I was a boy, as far back as I can remember, my family would all get into the 1938 Plymouth every Sunday morning and go into the center part of Los Angeles to the very large church, which my parents attended. I didn’t like church much but I loved the music. Other than the choir, which I joined when I was seven years old, I spent most of my time ditching the Sunday school classes and exploring all the many secret passages, rooms towers that were part of that huge church. Among those secret I soon discovered the organ pipe room.

I found this pipe room while exploring various hallways in the area behind the front of the sanctuary; I heard the sound, followed it, it was coming from behind a wooden door, I opened the door, went in and my world changed forever!

It was a new world of tangible, intense beautiful sounds, from the agile, sparkling, timbres of the smaller higher pipes to the thundering massive beauty of the largest pipes. It was probably unhealthy and the ear damage possibilities were real, but I had no idea of such things at that time. it was an extremely high decibel sound for the ears, it was also sound that could be felt in every fiber of my being. I went into that pipe almost every Saturday morning for a whole year, before and after choir rehearsal, when the organist was practicing, until one day I went to that magic door and it was locked. I was never able to enter again. I missed those wonderful weekly encounters with sound. That entrance ceremony at Musashino vividly brought back those memories of sixty years ago.

I also vividly remember it was at that church where, for the first time, I heard live music. My mother and father told me on that crisp cold Christmas time Sunday morning that they had a surprise for me. I was sitting on my father’s shoulders in front of the church when the clarion sounds of a brass choir playing Christmas carols poured down on us from the church tower. I can remember so clearly between pieces, seeing the musicians with those shiny silver and gold instruments looking over the wall from inside the tower down to where the people were standing; how I wanted to see and touch and try and play those instruments! A little more than a decade later that was to be the venue of my first paying job as a tubist. And even today, somewhere in some box stored in someplace in the world I have a copy of those extraordinary arrangements. Maybe someday I will find them.

I wish there was I could find the words to formulate the question on a TubaNews poll: “What was your first live music experience, and did it open that magic door for you into the world of music and sound?” There must be many beautiful stories out there that would be fascinating to hear. 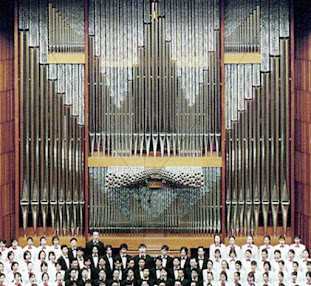